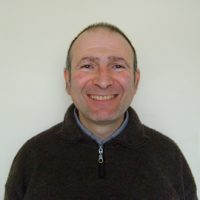 15N as a marker for feed efficiency in beef cattle

Identifying individuals with a more remarkable feed efficiency may positively affect the profitability and sustainability of the beef industry (Cruz et al., 2010; Basarab et al., 2013). However, although most international nutrient requirements systems predict animal feed efficiency, intake data is usually unavailable at the farm level, and ranking animals based on efficiency might be challenging. In this sense, using differences in the occurrence of isotopic N between animal and diet (Δ15Nanimal-diet) might become a natural biomarker to determine feed efficiency at the farm level. This methodology was firstly demonstrated by Guarnido-Lopez et al. (2021). In the present study by Cantalapiedra-Hijar et al. (2022), the authors evaluated the extent to which Δ15Nanimal-diet can be used as a marker for feed efficiency in beef animals. For this, a meta-analysis was conducted using a database including 759 individual records for performance and N isotopic discrimination measured in plasma or muscle (Δ15Nanimal-diet; n = 749) and plasma urea concentration (n = 659). The database was composed of 37% Charolais, 15% Simmental, and 40% of beef crossbreds. The results confirmed that Δ15Nanimal-diet could discriminate animals with at least 0.10 kg/kg difference in feed efficiency. Furthermore, the Δ15Nanimal-diet marker also successfully discriminated the feed efficiency of two animals from the same contemporary group if they differ by at least 0.06 kg/kg of FCE. However, when trying to predict feed efficiency, using the two candidate biomarkers did not improve estimates. Lastly, when data from biomarkers were combined with performance data, improvement in the predictions was observed. Nonetheless, the present results warrant more studies to evaluate the use of Δ15Nanimal-diet as a biomarker for feed efficiency since it could be used not only for feed efficiency discrimination but also in genetic selections.

The idea of altering the growth rate of replacement heifers to improve reproductive and productive indicators of dairy cattle is not new. In the late 1970s, Gill and Allaire [1] indicated that the first parturition between 22.5 to 23.5 months of age yielded the optimum lifetime performance as long as the heifers had adequate body size [2]. Since 1980s, many studies have been conducted to understand the partitioning of energy between growth and lactation, including the impact of growth rates on the heifer puberty [3] as well as growth and development of the mammary gland [4,5]. The senior author of the recommended study has written previously about this research topic [6].

In the present manuscript, Le Cozler et al. studied the effect of feeding programs to increase the growth rate of late-born heifers to catch up with the growth of those born earlier in the calving season on their reproductive and productive performance. The authors analyzed 217 heifers for three consecutive years, split into three dietary treatments: control (C), accelerated growth rate from birth to 6 months of age (ID1), or accelerated growth rate from birth to 12 months of age (ID2). In this study, the late-born heifers receiving the ID2 treatment were able to partially reach the bodyweight of the early-born heifers at 24 months of age. In part, the incomplete understanding of the prioritization of the use of energy (and other nutrients) for different physiological stages (e.g., maintenance, growth, lactation, and pregnancy) of the dairy animal [7] undercuts the development of more robust feeding strategies to improve the reproductive and productive performance of the animal. In the recommended study by Le Cozler et al., although there was no impact on reproductive performance among groups, heifers in the group ID2 produced less milk (about 400 kg for the whole first lactation) than heifers in the groups C and ID1, apparently suggesting that energy allocation for growth had priority over that needed for lactation. The question then becomes what would have happened with energy partitioning if energy intake was restricted. Studies like this one are important to shed some light on the prioritization of the use of energy and other nutrients in support of growth, pregnancy, and lactation of dairy animals, and how compensatory growth differs between meat versus dairy growing animals, both physiologically and energetically.